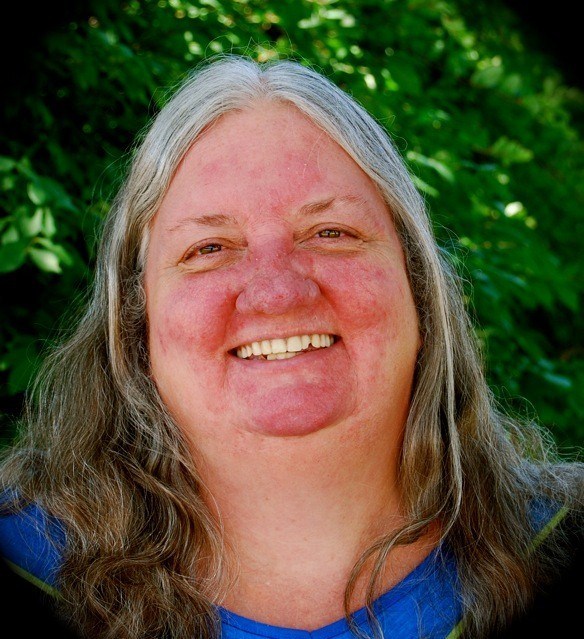 Working at Byron Health Center can be a lot of things. Normally, one wouldn’t use the word “lit” to describe it though. But for Diane Bader, one of her most fond memories of Byron was when Herman Zeppering, a resident who lived at Byron for 37 years and passed away in 2016, gave Diane a tea candle, as he knew she liked them. She ended up lighting the tea candle while in her car and then accidentally set her car ablaze. This is just one of many stories Diane shared when discussing her #whyIHEARTByron story.

Diane has worked at Byron for 36 years total. She started originally in 1982, leaving after about four years due to the stress of seeing residents pass away and some changes in her family. Then, she came back less than a year later in 1987. Diane has served in many roles at Byron Health Center ranging from transporting residents to and from Anthony Wayne and ARC workshops to now working as a laundry aide, washing and drying our resident’s personal clothing.

At one time she, was a transporter for therapy, as we had over 500 residents on our campus and she would transport residents to and from their occupational and physical therapy appointments. She has also been handy at fixing and maintaining wheelchairs and tracking inventory of our supplies in Central Supply. Wearing as many hats as she has, Diane can tell you story after story about our residents.

One story that she loves to share is about when residents were going to see the circus at the Coliseum many years ago. Over 100 residents were gathered and seated in the back of a semi-trailer, which was specially equipped with heat and lights, and driven down Lima Road to the Allen County War Memorial Coliseum. Diane says the residents had a blast and went to the circus numerous times. Now, this would never happen today, but back when babies didn’t need car seats and everyone rode in the back of a pick-up truck, it wasn’t nearly as unusual.

As far as the future and our new building, Diane is most excited about our residents having a new home. She says it will be so awesome to see our residents, who have lived at Byron Health Center for decades, be able to move into a brand new building. She simply “just can’t wait”.

When she isn’t working at Byron in laundry, she loves to spend time mushroom hunting, spending quality time with her husband and children and seeing her grand-puppies. Everyone at Byron Health Center is grateful to Diane for her dedication over the past three decades to our residents, and we heart her just as much as she hearts Byron!